Drew Barrymore is born in the mutable sign of Pisces. Mutable signs can be very good actors/actresses because of their chameleon skills.

The last day of the Astrology course for this term we discussed important aspect patterns. We looked at our own horoscopes to investigate this. I discovered that I have a mutable T- square in my chart.
For those who don´t know, the zodiac signs are divided into three groups of different qualities.

If you take a look at my chart that I´ve added you can see the T- square as a red triangle between the Sun, Moon and Uranus. Or if you don´t know the planet symbols look at Gemini, Sagittarius and Virgo and you will see that a red triangle binds them together.
A T- square always consists of 3 or more planets creating one opposition and two squares all together. Quite easy to see if you look at it isn´t it?
A T- square always falls in signs of the same quality. As for me then- The mutable signs. And I have a feeling that my T- square is very strong because both the Sun and the Moon are participating in my T- square. The two most Influential planets in the personality.
And I know now after 31 years of living that the mutable energy is a very strong force in my life.
I also have both the ascendant, Mercury, and Neptune in those three mutable signs.
So what about mutable signs?
The mutable signs owns a great flexibility and also an urge to “move” either physically, mentally or emotionally. Or all three of them at the same time.
The word mutable comes from the Latin root “Mutabilis” that means change. You can say that the mutable signs have the change within them. They move easily and smooth through changes and are not the first ones striving against them when they come unpredictably. This is of course a very useful ability but the challenge for mutable signs can instead be to keep steady and rooted when this is needed, and to not escape too easily. The mutable signs are really the shape shifters of the Zodiac and this can sometimes express itself as a restlessness.
The mutable signs live in a changing world and with the change also coming from inside of them. This is a natural state for them.
Have you seen the children program called “Barbapapa”? One of my favourite shows when I was a kid. The Barbapapa family and their members have the ability to change into any object desirable. Say a chair or an airplane for example…Wonderful. The whole Barbafamily lives within the mutable energy :D
The Barbapapa was invented and written by two French authors.

My mutable life
In my life the mutable energy has expressed itself as a restlessness, definitely. Sometimes I see now that I´ve left situations and people maybe a bit too easy. Because I´ve had it so easy to just ride the change and trusting something better will come. But it´s not always that something better comes. Sometimes it just becomes an endless circle of starting over and over again. So that is something that I have to work on. But I think I´ve evolved a lot here only the last few years.
My strong side is that I have a tremendous ability to adapt fast to circumstances.
In the next post I will tell you what the T- square means, whether you may have it in fixed, mutable or cardinal signs. But not everybody have a T- square.
Ps. If you see any misspellings I´ll be very grateful if you tell me.

5 thoughts on “Mutable signs and the T- square” 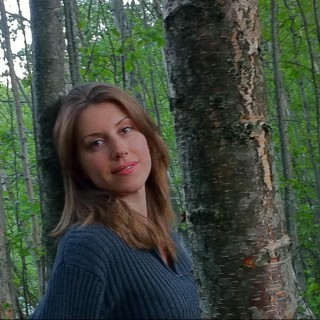